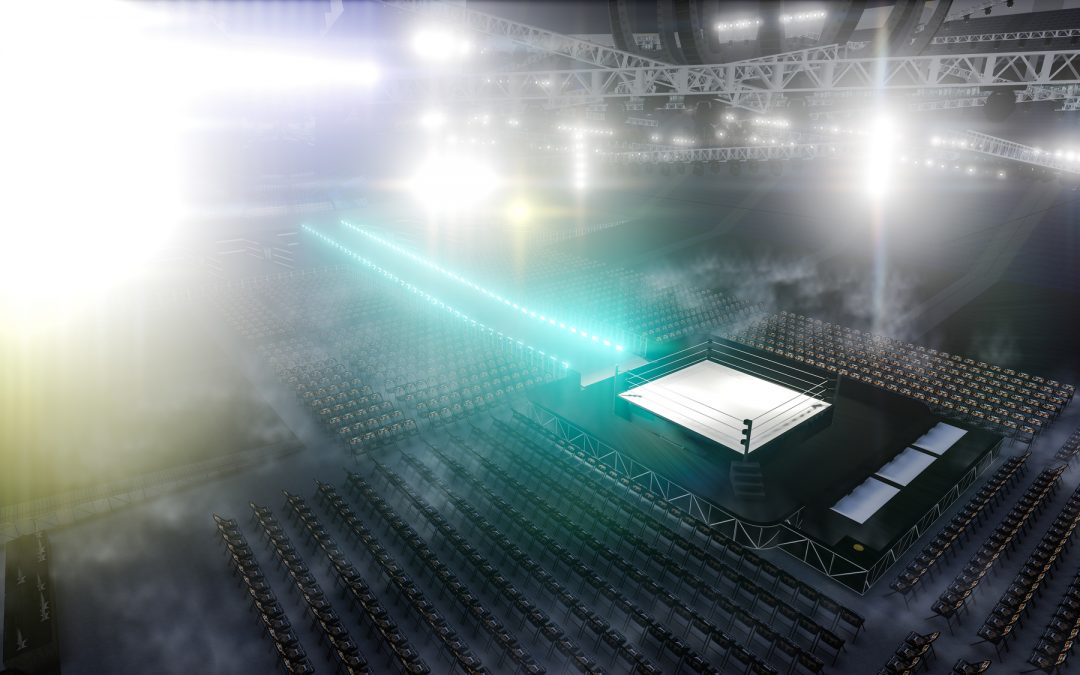 We all know guys the WWE attracts some big guys. There’s no surprise there. Little guys are at a disadvantage stepping into the squared circle. Watching someone like the Big Show go up against Rey Mysterio is almost laughable (just kidding Rey, we love you).

But back to the real point, we’re discussing today. Who are the biggest men in WWE history? The true giants that stand out among even the biggest athletes in sports entertainment.

Let’s take a look at the biggest WWE wrestlers to ever grace the world of sports entertainment.

Being big doesn’t mean being just tall. Bean polls don’t fare well in the wrestling world. Likewise, weight doesn’t mean much without height. When we’re talking about the biggest WWE wrestlers in history, we need to account for both.

Our break down features a combination of weight and height that make up the biggest men in sports entertainment. You can’t just cast a large shadow, you need to cast a wide one too.

The five biggest men in no particular order…

The legendary giant dwarfed many a man during his reign throughout the 70s and 80s WWE. Andre wasn’t only huge physically, but also had a larger than life personality. Many a tall tale surround Andre the Giant and propel him into an almost mythical status.

He stood 7’2” inches and weighed an incredible 520 lbs. Earning him nicknames like “The Eighth Wonder of the World.” The former WWE Champion and WWE World Tag Team Champion dominated the industry for years. Frequently feuding with Hulk Hogan Big John Stud and King Kong Bundy, Andre worked with some of the best in the business.

Those fortunate enough to step into the ring with Andre the Giant often didn’t fair well. Five hundred twenty pounds of man crashing down is enough to make even the best superstars worry for their well being.

The Great Khali broke onto the WWE scene during the mid-2000s. Coming into the wrestling world like an oversized hurricane, Khali quickly rose to the highest echelon of the WWE. His amazing physique and height made sure he captured the WWE World Heavy Weight Championship in 2007.

Khali measured up to 7’1 and weighs an impressive 350 lbs. While not quite Andre sized, Khali dwarfs most superstars in the modern era. He’s credited with eliminating fellow giant Kane in a 21 participant Battle Royale, and also feuded with the likes of John Cena and Triple H.

His Khali Vise Grip is enough to make even the most seasoned superstars tap out. There’s nothing good about getting squeezed by 350 lbs of pure muscle. Nothing at all.

If there’s anyone the biggest WWE wrestlers who’s as intimidating and more successful than The Great Khali, it’s Big Show. Breaking the wrestling scene with the WCW, Big Show immediately made an impact. This mammoth of a man makes an impact every time he takes a step.

He’s feuded with countless WWE superstars, making many a man succumb to his dreaded chokeslam. And it’s no wonder. At 7’0 tall and weighing 463 lbs, Big Show is a certified giant. He’s captured the WWE World Heavy Weight Championship, among countless other titles.

Though getting older, Big Show shows no signs of it. That much man seems to age slower than the rest of us. Couple that with his superstar mentality, and he’s not someone who you want on your bad side.

Yeah, we said height matters, but not when you’re 598 lbs. Yokozuna tips the scales, and everything else, no matter where he goes. There’s nothing small, or gentle, about this giant. He’s a mountain of man that even the largest WWE superstars have a difficult time moving.

Coming from a wrestling family, Yokozuna had competition in his blood from day one. He’s a two-time WWE Champion as well as a WWE Tag Team Champion. He’s defeated WWE Hall of Famers Bret Hart and Hulk Hogan. He’s also a Royal Rumble Champion.

Clearly, height isn’t hindering the 6’4 giant. Yokozuna was an immovable object. The only thing small about this man is how little he cares what happens to you once you’re in his ring.

Just like Yokozuna, Mark Henry doesn’t have the height but does he ever have the width. Henry weighs in at 418 lbs of solid muscle. The man doesn’t budge when he’s hit. In fact, it’s more like hitting a wall than a man.

A former strongman from Texas, Henry broke into the WWE after a brutal slam to announcer Jerry Lawler. We went on to win the WWE World Championship and join the Nation of Domination clan.

After moving to the ECW Henry won the ECW Championship and entertained hardcore fans around the world. There’s not a man Henry’s afraid. Just ask former victim Randy Orton.

While we’ve been talking about the biggest WWE wrestlers, there’s no reason to pretend like this list covers them all. The number of big men the WWE’s seen over the years is exhaustive. It’s the best platform around for truly large athletes.

Today, we’re still seeing giants emerge. You never know what giant man will come next. While we probably won’t see another Andre, there’s no reason another scale tipper can’t capture the WWE Championship once more.

And when they do, they’ll probably need to size up the championship belt once again.

Being in the industry for so long has taught me one thing; never count out the older superstars (myself included). Older superstars have been around. We’ve seen the biggest WWE wrestlers, fought the giants, and beat the giants.

That’s not to say the giants haven’t beat us, but we’re holding our own pretty well. That said, if you’re interested in getting to know more about the WWE past and present, keep up with my blog.

We have ideas for new content and always welcome fan input on what we’re posting and how we can improve. Until next time, WOOOOOOOO!!!!!!