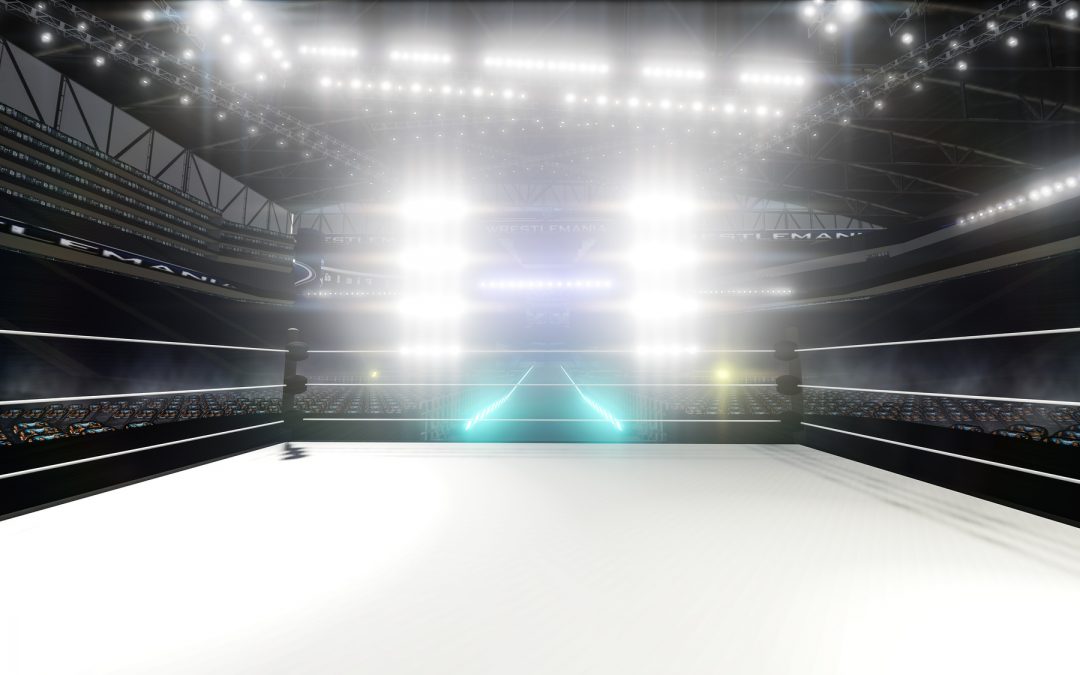 On April 8, 2018, over 70,000 people made the pilgrimage to the Mercedes-Benz Superdome in New Orleans, Louisiana to attend Wrestlemania 34.

This year’s annual event was no different. If you weren’t fortunate enough to catch this decadent event live, here is what you missed.

Wrestlemanias are often a mixed bag, with highly anticipated events stuffed between filler-matches. This, while it had its downs, was chock-full of thrilling moments. Here were the 10 best.

1. The Return of Bray Wyatt

Wrestlemania 34 was kicked off with the 5th straight Andre the Giant Memorial Battle Royale, which was a match for the ages.

At the end of the match, Mojo Rawley and Baron Corbin were teaming up on Matt Hardy, kicking the snot out of him, when all the sudden, the arena went pitch-black.

An eerie silence filled the arena, and then suddenly, Bray Wyatt emerged. This was the first time we’ve since him since he was damned to the Lake of Reincarnation during Ultimate Deletion match two weeks prior.

With Wyatt’s help, Hardy was able to turn the tables and the two of them won the match handily.

Before this year, we’d never seen an all-women’s battle royale at Wrestlemania. This feat in itself makes it a highlight of the night, but the match was invigorating on its own merits as well.

Carmella got her butt handed to her while she was talking trash, Blair hit a 450 Splash on Deville, and the entire Riott Squad got defeated handily by Bayley and Banks.

In the end, Bayley and Naomi were the last ones left standing, and Naomi came out victorious by hitting Bayley with a Rear View.

3. The Bludgeon Brothers Continue Their Dominance

The Bludgeon Brothers, Harper and Rowan, took home the Tag Team Title at Wrestlemania 34 by taking down not one, but two tag-team duos simultaneously.

The two men shredded the competition, Jimmy, Jey, Kofi Kingston, and Big E, in short order. It was a statement victory. They should dominate for a long time.

Wrestlemania was hosted in the Mercedes-Benz Superdome 4 years ago, and it was then that Charlotte Flair made her sneak debut. Granted, no one recognized her at the time because she was just a groupie in Triple H’s entourage.

But this year, she made her grand entrance, sitting on a golden throne while her father’s music blared. This year she was the one leading the show, and it was a sight to see.

Following a fall from grace in the UFC world, Rousey has resurfaced as a burgeoning star wrestling. Her first performance was surprisingly entertaining, as she paired up with Kurt Angle to defeat Triple H and Stephanie McMahon.

Rousey landed a Samoan Drop on Triple H, an impressive feat for a first-timer, and dealt some deadly blows on Stephanie.

It wasn’t perfect, but it was a great debut. She can be a star for years to come.

Nothing is more fun in wrestling than a dramatic, unsuspected heel turn. Shinsuke Nakamura delivered just that at Wrestlemania 34.

After the Championship match, Nakamura went to present the title belt to AJ Styles. With the belt, Nakamura went up to Styles, knelt before him and presented the belt with prostrated arms.

It was a deferential showing, and no one in the arena expected Nakamura to deliver a fierce cheap shot to Styles’ gonads while AJ took the belt.

This feud should fuel some amazing matches in the coming months.

Triple threat matches are always a blast, and this one was no different. Wrestlemania’s Intercontinental Championship match between The Miz, Finn Balor, and Seth Rollins was a masterclass in high-risk, action-packed wrestling.

There were finishers, dramatic counters, and everything else you’d want out of a title match. Seth Rollins came out victorious after curb stomping the oppositions, securing his first IC Title.

The stakes of the match itself weren’t spectacular but Daniel Bryan put on the performance of a lifetime in his match with Shane McMahon against Sami Zayn and Kevin Owens.

Shane was knocked out of the match early, and left to his own devices, Bryan put on a show. Bryan hit all of his signature moves and got Samu to tap out with a Yes Lock. It was like watching Michael Jordan in his prime.

This year’s Women’s Title Match between Alexa Bliss and Nia Jax was one for the record books.

Bliss made a particularly showy entrance, introducing Mickie James to take on Nia with her. Once the match began, Nia destroyed Mickie, taking her out early.

With just Bliss and Jax, the match was evenly fought, and Nia looked like she might have been on the verge of losing, but ultimately took Bliss out with a deadly top-rope Samoan Slam.

Jax versus Bliss was incredible, but the match paled in comparison to Charlotte Flair’s bout with Asuka.

It was hands-down the best women’s match to ever grace Wrestlemania’s stage. It was brutal, drawn-out match. Both women were devastating the other with hard strikes and painful submission moves.

Neither buckled for a long time, but Flair eventually sealed the deal with a Figure Eight Leg Lock.

Wrestlemania 34 was one of the better events in modern wrestling history. Charlotte Flair remade herself in her father’s image, Bray Wyatt made a triumphant return, and Nakamura stunned us all when he turned heel.

But if this summary of events just didn’t satiate your wrestling appetite, check out our blog. We’ve got a ton of interesting articles on the history of wrestling and about everyone’s favorite wrestler, the Nature Boy Ric Flair.