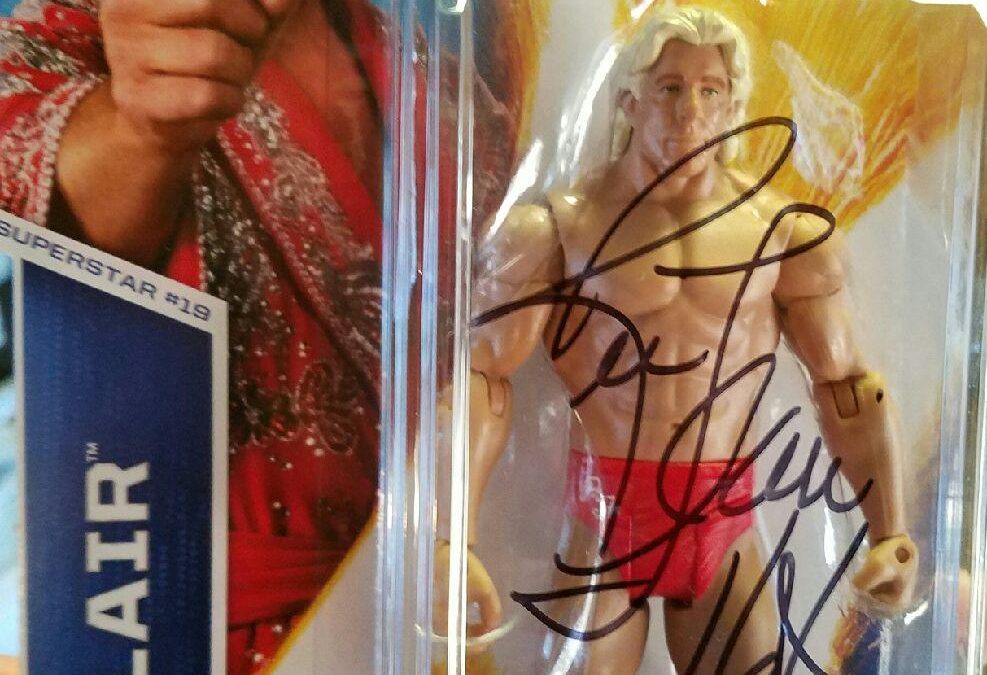 Wrestling is a huge deal in the US with over 18 million people tuning in every year to see their favorite wrestlers get messy in the ring. The WWE, the worldwide phenomenon has been pulling wrestling fans from all corners of the globe since it’s inception in 1979 in Massachusetts.

Knowing that you have a wrestling fan in your life is a blessing in disguise, as it gives you the perfect opportunity to treat them to a gift that any wrestling fan would be happy to receive.

Remember it’s never too early to start your Christmas shopping, and these gifts will be sure to light a fire of passion in the heart of any die-hard wrestling fan.

Strap on your wrestling belt and hold onto your hat, let’s dive into the best gifts for the wrestling fans in your life.

Back in the attitude era, Stone Cold Steve Austin was at the forefront of the WWE movement. Standing with his middle fingers in the air, facing down anybody that opposed him. Steve Austin was the blue-collar warrior that stood for the everyday man.

If you’ve got somebody in your life who appreciates the little things in life, like sipping a cold beer, jean shorts and knee braces now is the time to let them live up to that dream. Strap on some Stone Cold merchandise in the form of this classic t-shirt from the man himself.

When you don’t want to take the sporting gifts in your life to seriously there’s always the gnome route you can go down. Wrestling fans all over the world will chuckle at the cuteness of these superstar WWE gnomes.

Standing at 11 and a half inches tall, made up of resin, you have a choice of seven options:

If you want to stand out from the countless other types of WWE merchandise that could be hitting fans everywhere, this can be a fun alternative.

Although probably aimed at seasonal use, there are no Christmas hats in sight, so there’s no reason they can’t use them all year long.

3. The WWE Encyclopedia of Sports-Entertainment

If the wrestling fans in your life aren’t just into screaming at the television but actually enjoy dabbling in reading, then this gift may be right up their street. This New York Times bestseller features over 1,200 wrestlers profiles across 400 fully colored pages.

You can find the book filled with high-depth entries on some of the most popular characters and superstars in WWE history such as John Cena & even legends like The Nature Boy, Ric Flair. As you flip through the pages of WWE history, you’re almost guaranteed to bring back memories of victory and defeat.

With 89.7 million games console users across the US, the odds of your loved ones appreciating this gift are pretty high. Pitted as the best wrestling game since last year game, and the years before that, WWE 2k18 is sure to set all wrestling fans alite with excitement.

This year’s addition see’s notable improvements to the game’s engine, bringing the drama of the WWE to the living room like never before. You can be sure to see some of your favorite wrestling legends including Hulk Hogan, The Rock and John Cena.

Make sure to check which version you’re buying before purchase. Xbox fans can get touchy when bought a PS4 game; they seem to think the Xbox is a better console.

There’s nothing WWE fans love more than watching WWE, so instead of forcing them to illegally stream it online and risk jail time, why not give them the gift of a network subscription.

Consider it Netflix for wrestling fans; every WWE pay-per-view event streams live as well as a back catalog of over 9000 hours of on-demand-wrestling. You can watch it at home or on the go.

It’s the only place you’ll be able to hook them up to watch all 16 pay-per-view events live including Wrestlemania, The Royal Rumble, Summerslam and Survivor series all for no additional cost.

Sometimes we forget that not all the wrestling fans out there are over 25 years of age and living in someone’s basement, some of them are up and coming kids, excited to join the ranks of the WWE fans.

John Cena is one of the most popular wrestlers in WWE history, so why not start them off young with a classic ‘never give up’ slogan attached to this children’s T-shirt.

If you are finding it difficult to pry away the kids from the WWE television screen, why not get them engaged in a board-game. Kids under 15 will probably soon no-longer be able to recall the tradition of ‘board-gaming’ so bring it back to life with this WWE Monopoly board game.

Combining this classic game with all of the WWE superstars, you can find classics like Mayfair replaced with The Rock. You can purchase mezzanine seating and upgrades to ringside seating, then watch as the money rolls in.

8. The History of WWE 50 Years of Sports Entertainment

If the wrestling fans in your life would be more interested in the history of the sport, this DVD set may just be perfect for you. Packing together over 50 years of some of the most intense and incredible sporting events to occur within the WWE, it’s bound to get some excitement going.

The story takes you through the history of the WWE, and how year by year it’s evolved into the phenomenon it is today. The documentary is well structured and covers all of the important moments throughout the companies history.

It makes a great addition to any wrestling fans collection.

Take Your Wrestling Fans Gift to the Next Level

With these eight gift ideas, you’ll no doubt gain some extra merit for your birthday next year. For more gift ideas, check out the store.