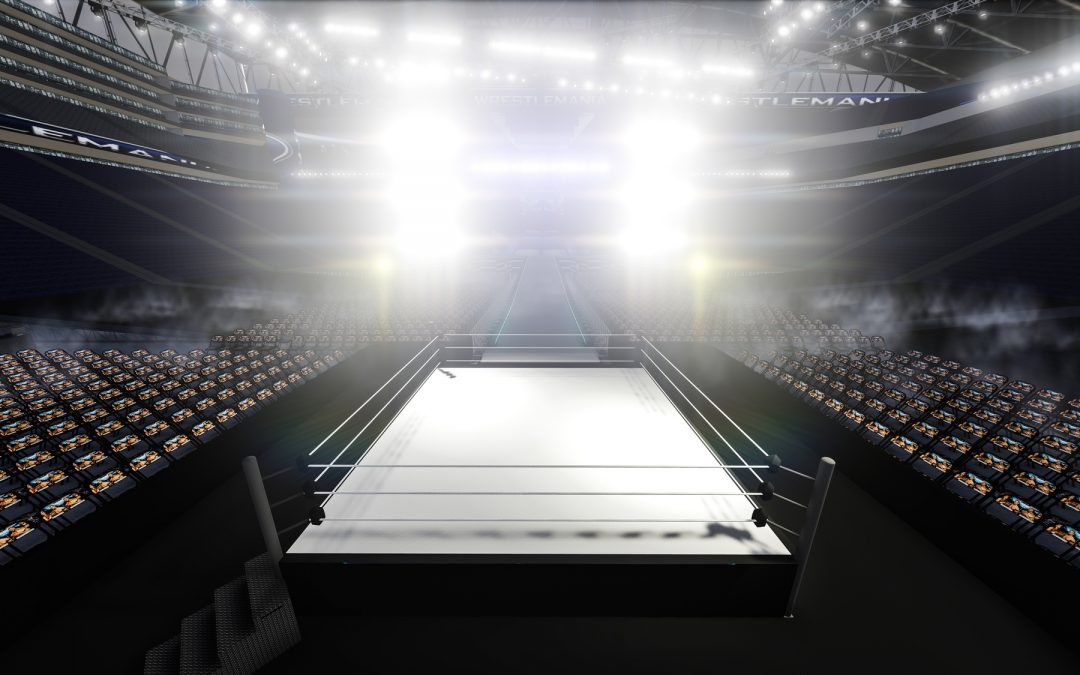 The “Nature Boy” was synonymous with the NWA of the 1980’s. But there are plenty of Ric Flair WWE moments that fans will never forget.

From his introduction as “The Real World’s Champion” to his time as the elder statesman of Evolution, Flair has created memories that are forever etched in the collective consciousness of wrestling fans worldwide.

Here are 5 signature Ric Flair WWE moments everyone should know.

In an unprecedented move, at the time, he also declared the winner of the 1992 Royal Rumble would become the new WWF Champion.

The Undertaker and Hulk Hogan would be part of the match and guaranteed to enter between #20 and #30. They’d be joined by a who’s who of WWF Superstars. Names like The British Bulldog, “Million Dollar Man” Ted DiBiase, Shawn Michaels, Sid Justice, “Rowdy” Roddy Piper, Jake “The Snake” Roberts and “Macho Man” Randy Savage all entered the match.

Flair entered at #3 to Monsoon’s delight and Heenan’s disbelief. Monsoon was quick to remind “The Brain” that nobody entering in positions 1-5 had ever won the Rumble.

Naitch had other plans, though. His reputation as a “60 minute man” was on the line and Flair delivered.

The match ran 62:02 with Flair surviving for 59:26, despite being targeted by nearly every new entrant into the match. He eliminated Bulldog, The Texas Tornado, Big Boss Man, Macho Man and finally Sid Justice (with help from Hogan) to win The Royal Rumble and begin his first WWF title reign.

The Nature Boy took some time off after WWF’s purchase of WCW in March 2001. In November, he made a triumphant return to the WWF that shocked Mr. McMahon to his core.

Survivor Series saw the WWF win a “winner take all” match against Shane and Stephanie McMahon’s invading WCW and ECW stars. The next night on RAW, Flair came to the ring to share something with Mr. McMahon and the entire world.

Flair announced that prior to Shane and Stephanie’s purchase of WCW and ECW, they sold their WWE stock to a consortium. The leader of the consortium was none other than Ric Flair.

Vince and Naitch were now partners!

This launched a storyline pitting Mr. McMahon vs. The Nature Boy. The two battled in a “Street Fight” at the 2002 Royal Rumble, won by Flair.

Eventually, Ric would control RAW and McMahon Smackdown until Mr. McMahon defeated Naitch, with help from Brock Lesnar, to regain sole control of the company.

Yes, you read that right. In one of the few Ric Flair WWE hardcore moments, Naitch competed in a TLC Match against Edge for the WWE Championship.

The match took place on the January 16, 2006 episode of RAW. Besides it being Flair’s first TLC match, the contest featured three other firsts. It would be the first TLC match in 3 years, the first TLC singles match and the first time the WWE Championship was defended in a TLC match.

After Ric laid into Edge with his patented “knife-edge” chops, Edge got the upper hand and displayed his experience using the ladder as a weapon.

Flair was battered, bloodied and even put through a table.

But Naitch got to his feet and used ladders and chairs to brutalize The “Rated R Superstar”. Ric nearly claimed another championship, until Lita’s interference gave Edge enough time to knock him of the ladder and retain the title.

Wrestlemania weekend in 2008 was a special one for Ric Flair. He would be the first active competitor inducted into the WWE Hall of Fame on Saturday. The next night he would fight for his career against “Mr. Wrestlemania” himself, The “Heartbreak Kid” Shawn Michaels.

Ric returned to RAW from injury in late 2007 to announce, “I will never retire!” In response, Mr. McMahon declared the next singles match Ric lost would result in his retirement from WWE.

Flair would go on to win several career-threatening matches against the likes of HHH, Umaga, William Regal, Mr. Kennedy and Mr. McMahon. The night after the 2008 Elimination Chamber match, Shawn Michaels announced The Nature Boy as the first inductee into the WWE Hall of Fame Class of 2008.

On the following week’s RAW, Naitch came to the ring after a Shawn Michaels match and asked HBK to face him at Wrestlemania. Shawn was initially reluctant but eventually agreed to wrestle The Nature Boy on “The Grandest Stage of Them All.”

At Wrestlemania XXIV, Michaels and Flair battled for 20 minutes, hitting all their classic moves as the Orlando crowd roared in approval. It ended with Ric struggling to his feet to face HBK’s “Sweet Chin Music.”

But before the finish, Michaels mouthed “I’m sorry. I love you” to his idol. This moment lives forever in the hearts of wrestling fans and echoes their exact feelings for The Nature Boy.

Many consider the RAW after Wrestlemania the best RAW of the year. New storylines are launched, new Superstars debut, and the crowd becomes part of the show with their signs and raucous chants.

The RAW after Wrestlemania XXIV didn’t disappoint. WWE pulled out all the stops to celebrate the career of the “Nature Boy” Ric Flair.

During the live telecast, Ric’s family, his greatest rivals, and many other WWE Superstars paid tribute to him in the squared circle. The entire roster came to ringside and gave Naitch a standing ovation.

What happened after USA Network’s broadcast ended might be the most memorable Ric Flair WWE moment of all. The Undertaker’s music hit and “The Dead Man” processed to ringside.

He entered the ring and did homage to Ric the way only The Undertaker could.

Ric Flair’s time in WWE was full of memorable matches, promos, and moments wrestling fans won’t soon forget. He battled all the top stars, won championships and walked his daughter down that aisle as she became WWE’s premier female Superstar.

We’d love to hear your comments on the Ric Flair WWE moments mentioned above or any you thought should have been part of this list.